By Emily Uhland
Photography By Jonathan Fredin May 30, 2019

If you are seeking outdoor adventure, Raven Rock State Park likely has what you’re looking for.

On nearly 5,000 acres in Harnett County, the park contains hiking, mountain biking and bridle trails, campsites and a picnic shelter.

Don’t hike on an empty stomach. Before you hit the trails, check out these spots in nearby Lillington.

The Cape Fear River flows through the middle of the park, offering fishing, paddling and scenic river views. Keep a lookout for small spotted turtles, larger snapping turtles and other reptiles seeking cool refuge from the summer sun.

The park’s signature attraction is the Raven Rock Loop Trail, says John Privette, park superintendent. The 2.5-mile trek through tree-lined paths goes both above and below the namesake Raven Rock and affords visitors a picturesque bird’s-eye view some 350 feet above the Cape Fear River. Although the trail is labeled “easy,” according to the trail map, Privette cautions that topography changes and a 135-step wooden staircase add to the difficulty.

“The terrain can be tough,” he said. “We average two rescues per week. People come expecting flat fields, but the trails here are harder.”

Privette has been superintendent of Raven Rock just over a year, coming to Harnett Country from a previous posting at Carolina Beach. Since a sixth-grade aptitude test suggested a career as a park ranger, he’s been training for and developing a love for managing our state’s protected spaces.

“People do this job for the love of it — for a love of the outdoors and of service and helping others,” he said.

Raven Rock’s visitation has grown exponentially alongside the growth of Wake County, but the number of full-time staff — two rangers and two maintenance mechanics — has not changed since it opened in 1970.

“It’s all we can do to make it through a weekend,” Privette said.

He was aware of the park’s bare-bones staffing when he accepted the job last year, but he couldn’t anticipate the impact of two major hurricanes. Well into the spring, some trails damaged by Hurricane Florence weren’t cleaned up. Canoe camps and group campsites were also damaged.

“In 1981, there were 700 visitors per month; now the park gets 30,000,” Privette said. “Our attendance is in the top two-thirds of (North Carolina) parks, but we’re in the bottom 1% of staff.”
Raven Rock used to be a sleeper park, he says. Growth around Fort Bragg, Wake County and Harnett County has flooded the park with numbers it isn’t equipped to handle. Available parking quickly runs out on weekends, and vehicles can only enter by a one-in-one-out process.

“Things have just got to get better,” Privette said. “I am fighting for the park and the visitors as much as I can.”

Construction recently began on a new campground, which will feature 30 campsites, six cabins and multiple RV sites, with completion expected this fall. However, Privette doesn’t think the campground will be able to open at their current staffing levels.

So, what can be done?

If you can, visit on a weekday, and avoid the crowded weekends, suggests Privette.

“Right now, we do the best we can and try to stay positive. I took this job to fix it, not keep things at status quo.” 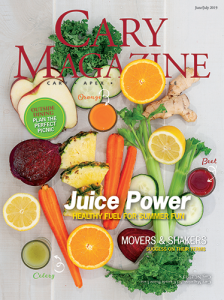