By Amber Keister
Photography By Jonathan Fredin May 1, 2019

Yes, everyone hates networking, but many professional women are turning their backs on the stilted speed-dating handshakes, smiles and business card exchanges. These women want relationships with other professional women.

“I gave up going to any sort of mixed-gender networking things years ago,” said Gretta Nance, with Davis & Pyle Plastic Surgery and Skin Raleigh. “I have more in common with the struggles that other women in business face. How do you juggle it all? What are your working hours, and how does that fit into child care? That never seems to be a topic that men talk about.” 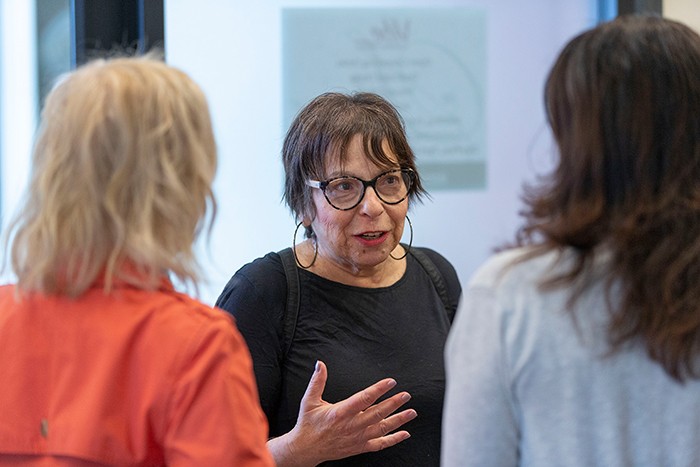 Marilyn Shannon, of Women’s Power Networking, says having fun together helps build relationships. The group recently held a breakfast networking event — complete with waffles and all the fixings. “If I can make a party like this, and 40 people show up or 20 people show up, and I can touch those 20 people in one spot? That’s magic,” she says.

Her sentiments are echoed by Erica DeLong, co-host of “Bob and the Showgram” on G105.

“It’s good to be surrounded by females who understand the struggles of being in a male-dominated industry,” she said. “I don’t think anything holds me back, but I feel as if I can be 100 percent myself around females.”

In the Triangle, there are many professional groups catering to women, each with a slightly different focus and personality. While we can’t list them all, these three organizations offer a snapshot of the many ways that women can connect and support each other.

Both Nance and DeLong belong to GoalFriends. Launched in 2010, the peer-led, personal development program guides women as they achieve their personal and professional goals. Founder Darlene Whitehurst, then in her late 50s and frustrated with traditional networking, realized that she and women like her preferred to connect deeply with like-minded, success-oriented peers. 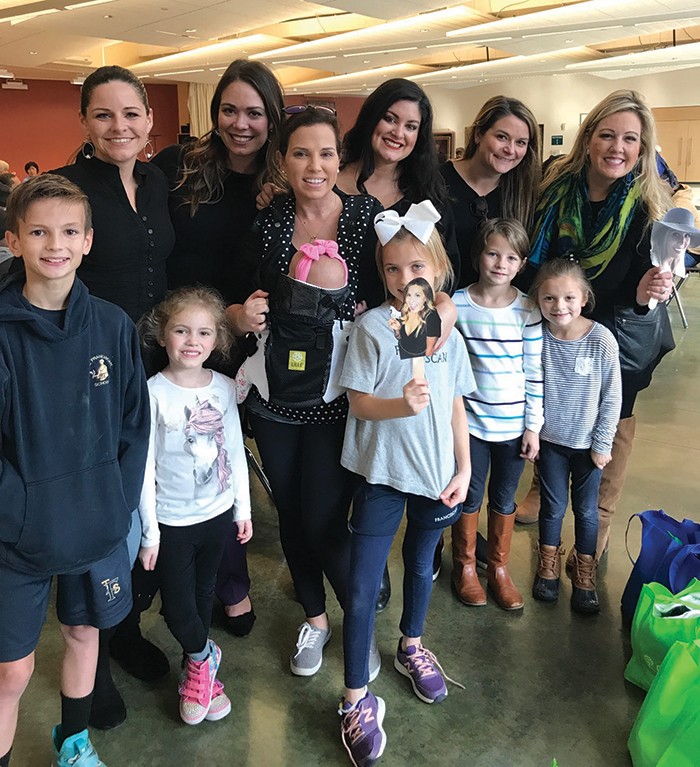 “She really felt like she needed to come up with something where there was a community that women can turn to, that would support them,” said Jeanie Chang, chief operating officer for the Raleigh-based organization. 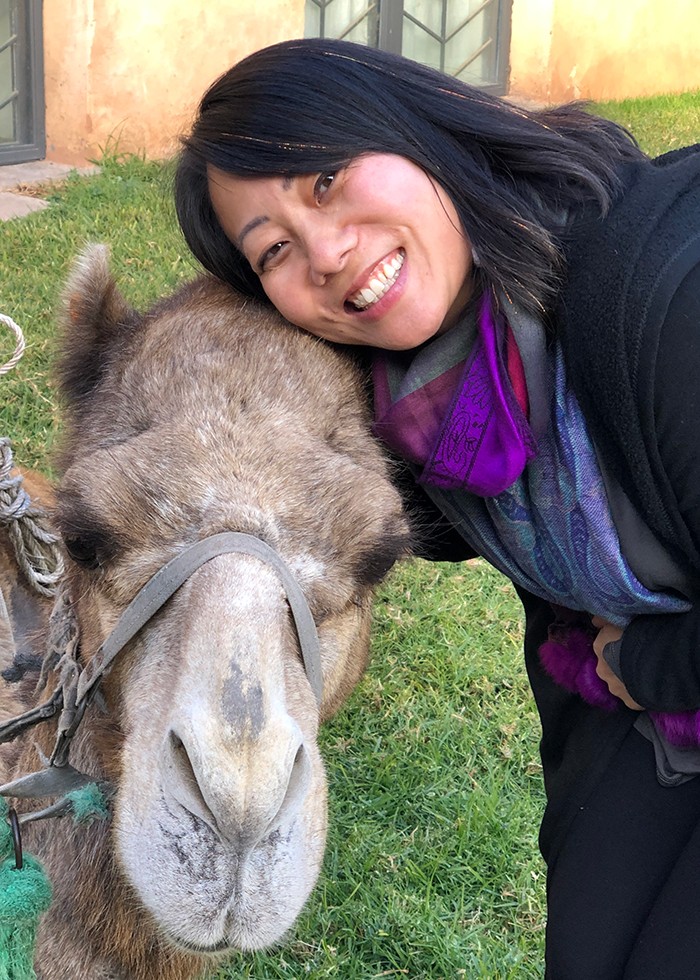 Groups of six to 12 women gather once a month to work through goal-setting activities during strictly formatted meetings. Discussion is guided by a GoalFriends workbook, with a year’s worth of exercises. Everyone gets a chance to speak, and participation is required.

The meetings begin with a celebration of members’ achievements. It is sometimes difficult for women to brag about themselves, Chang says, but the meeting format helps women develop the confidence to do just that.

“We’re not wired to think that way. Even if we have tons of accomplishments that we’re proud of, to actually share them in a group, to be held accountable for them, to be celebrated for them – that’s just not in our nature,” she said.

Groups are small, so members get to know each other quite well.

“You’re working through it with people you don’t know, so you can be vulnerable. You can hold each other accountable,” said Nance, who has accomplished several personal goals since joining the group 16 months ago. 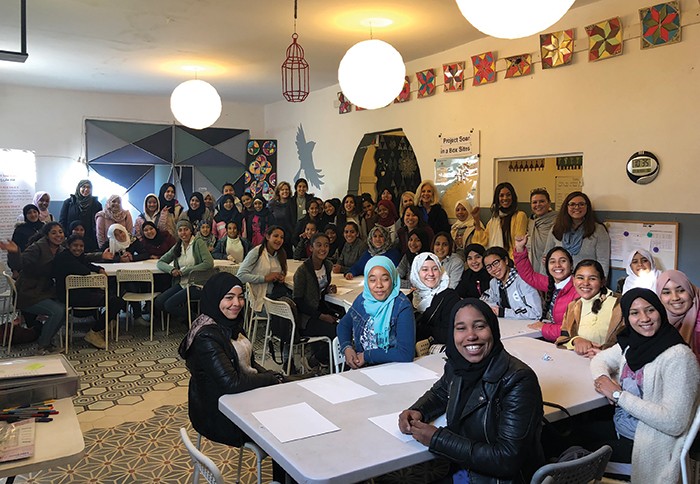 GoalFriends leadership and members traveled to Marrakesh, Morocco, in January to volunteer with Project Soar, which aims to educate girls in the developing world and help them stay in school. Jeanie Chang and other members of GoalFriends created vision boards with the girls and helped them learn about different careers.

“I took my kids to Disney last year, alone,” she said. “I said, ‘Before I get remarried, I want to take the boys on this trip.’ Then I started looking for the money. Once I set that as a goal, it became a lot more clear how to accomplish it.”

GoalFriends has roughly 1,000 members participating in more than 100 groups around the world, as far as Taiwan and Romania. Most of these are in the Triangle, where there are about 35 groups. 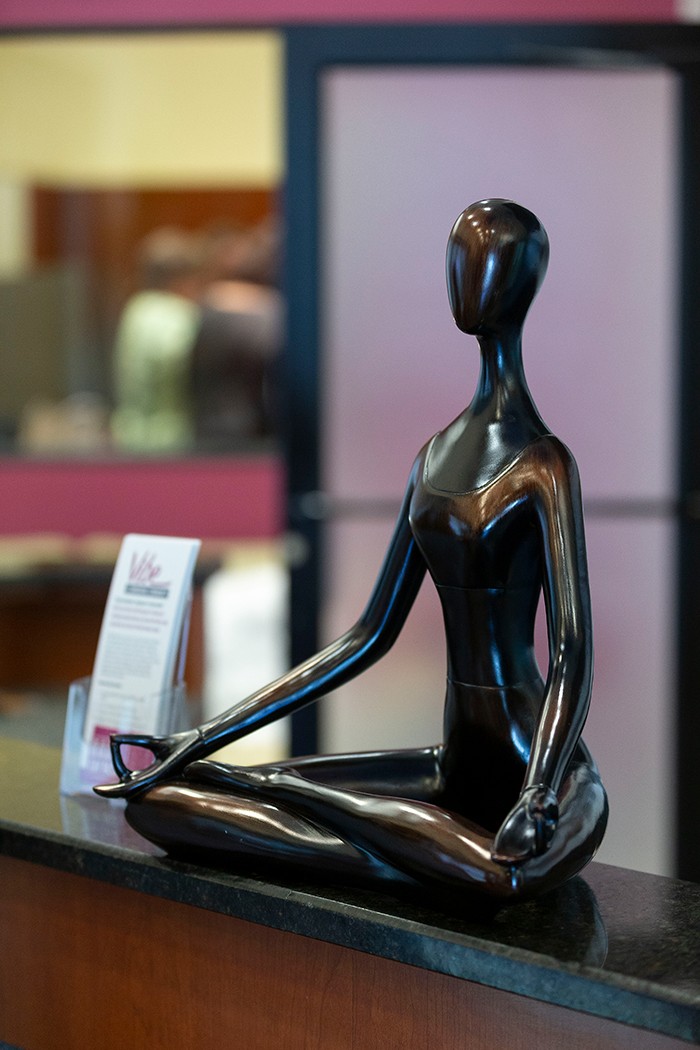 At Vibe Cary, a new coworking space located in Cary Towne Center, the décor is meant to welcome female professionals. “We wanted to create a space that was more attractive for women to work. Something more comfy and welcoming,” says co-founder Nanette Mattox.

“The women in GoalFriends are pretty diverse,” said Chang. “Age or race won’t define you, because it’s all about community and having dreams.”

Marilyn Shannon helped launch Women’s Power Networking 12 years ago, when there were few female-centered professional groups. There are now seven chapters in the Triangle, others in Missouri and Pennsylvania, and two virtual chapters.

“Women have always networked differently. It was always about the relationship; that has not changed. If anything has changed, men want to learn how to do that, too,” she said.

Shannon says the style of networking where you merely exchange business cards doesn’t result in meaningful — or profitable — professional contacts.

“Building a relationship is like the root, and from that comes the branches. If you make a relationship with someone, they’re going to remember you,” she said.

“Our mission has always been, build a relationship, and the money will follow.”

Shannon says it’s vital to nurture members with leadership opportunities, educational events and lots of parties so members can get to know one another.

In addition to weekly networking meetings, called Coffee & Contacts, chapters host periodic Lunch and Learn events, where members are encouraged to present and speak on topics of interest. The group organizes webinars on email marketing, social media and other business topics. At Power Lunches, area WPN members are invited to hear nationally-recognized speakers.

“People don’t know what they don’t know,” said Shannon, who is also a business/life coach. “I’m also in business, so what I want to know for myself, I’m figuring somebody else wants, too.” 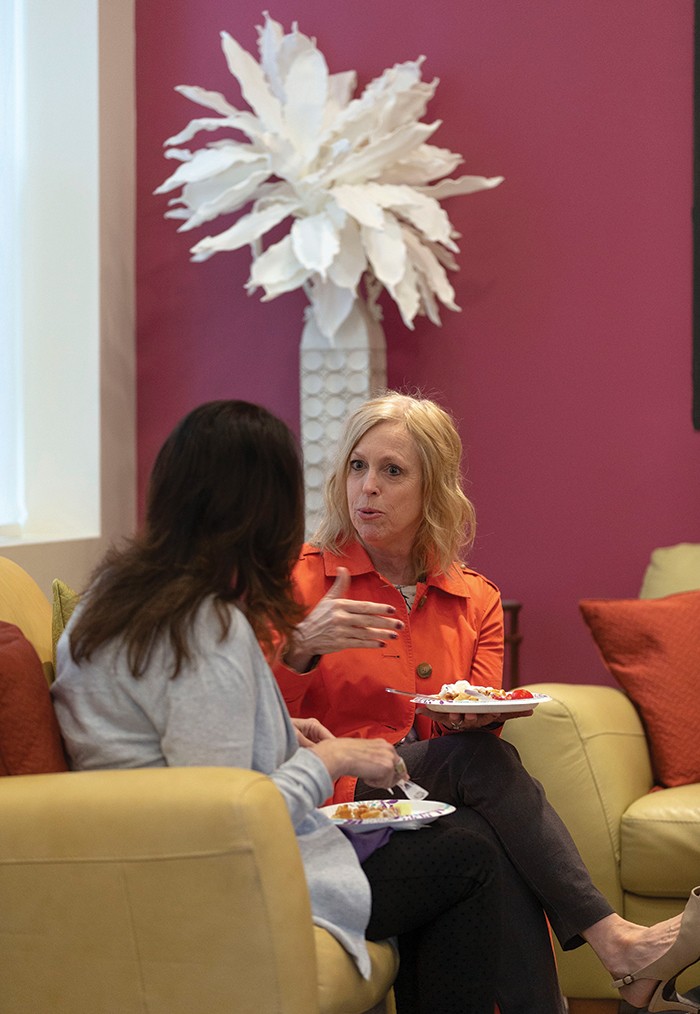 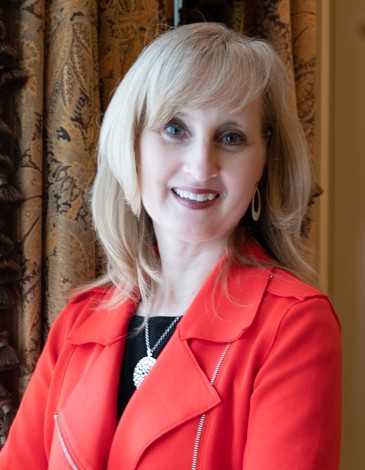 “They found that there was a lot of value in having women come together,” said Donna Daniels, the current co-president of BPW-Triangle. “They were focusing on, not only networking with other business and professional women, but advocacy issues associated with pay equity and helping further women in their careers.”

Advocacy is still an important facet of the group, which continues to work for pay equity, access to health care and affordable dependent care. BPW is also active against domestic violence and sexual harassment.

During a re-boot of the organization two years ago, members also renewed their commitment to funding scholarships for women who are furthering their education. BPW gives two scholarships annually, but members would like to do more.

BPW-Triangle will host a Mother’s Day Market, 10:30 a.m.-3:30 p.m. on Saturday, May 11, at the Mayton Inn in downtown Cary. A variety of women-owned businesses will sell art, jewelry, fashion and food. Proceeds from the event, which was organized by Allison Cohan, right, the group’s co-president, will fund scholarships.

On Saturday, May 11, the group will host a Mother’s Day Market at the Mayton Inn in downtown Cary from 10:30 a.m. to 3:30 p.m. A variety of women-owned businesses will sell art, jewelry, fashion and food. Proceeds from the event, which was organized by Daniels’ co-president Allison Cohan, will help bolster the scholarship fund.

The combination of networking, philanthropy and advocacy was a powerful draw for Daniels, who works at SAS.

“This group pulled me in and really helped me meet some wonderful women — amazing, talented women that I would never have had the opportunity to meet,” she said. “It’s helped me grow my leadership skills, helped me further my education. It’s really opened doors for me. I wouldn’t have had those opportunities if I hadn’t joined BPW.” 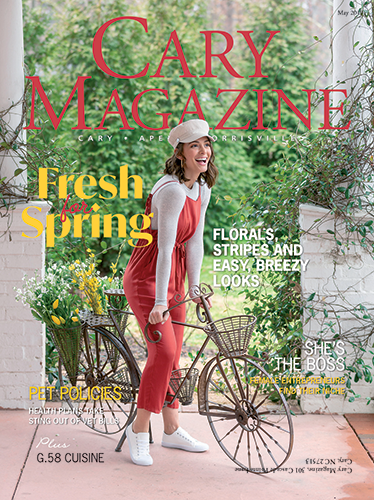