The story of two pioneering African-American women, born more than a century ago, still has the power to lift up audiences, says Triangle actress Lakeisha Coffey, one of the stars of “Having Our Say, The Delany Sisters’ First 100 Years.” 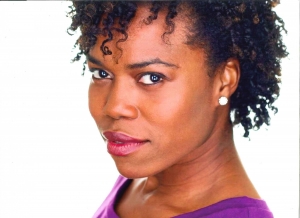 “It’s inspirational, if nothing else, to know where they came from and where they got to,” said Coffey. “Their father was born into slavery, so when they came about, they didn’t have a lot. They had to make do. But in making do, they did great things — really great things.”

Raised in Raleigh, centenarians Sadie and Bessie Delany were trailblazing activists, sisters and best friends. In the course of the play, they recount the stories of their lives, from growing up on what is now the campus of Saint Augustine’s University in Raleigh as the daughters of a former slave, to integrating a New York suburb in the late ‘50s, and beyond. The play, written by Emily Mann, was adapted from the bestselling book “Having Our Say: The Delany Sisters’ First 100 Years.”

Coffey, a graduate of Saint Augustine’s University, portrays Bessie Delany, the feistier of the two sisters and the second African-American female dentist to practice in New York. Bessie Delany socialized with Cab Calloway, W. E. B. Du Bois and other Harlem luminaries, and she was known for treating many of Harlem’s poor.

“I relate more to Bessie on a personal level, because we’re similar in how she was really focused on building up her community and helping people,” said Coffey.

“She is very strong-willed, really outspoken, so portraying those characteristics accurately in terms of being strong and outspoken, that part isn’t ‘hard.’ The hard thing is actually the responsibility to accurately tell this story, and to not diminish the importance of their work.”

She read the play over the summer, and Coffey says it was nostalgic to read about familiar places on campus. It was also quite educational.

“Their father, I didn’t realize prior to the play that he had so much influence within the Episcopal Church, and that they were responsible for building the chapel on campus,” she said. “And, just the impact that the family had on so many different communities — the impact of Bessie Delany’s dentistry work in Harlem.”

Sadie Delany, who was the first African American home economics teacher in a New York City high school, will be portrayed by Gayle Turner. The actress has previously starred on Broadway as Dorothy in “The Wiz.” She has also performed in regional productions including “The Wiz,” “Smokey Joe’s Café,” “Once On This Island,” and in recurring roles on “Law & Order: SVU.”

Directing the Tony Award-nominated play at NC Theatre is Tia James, an actor, teacher, and director, and currently a faculty member of UNC Professional Actor Training Program. She is also a vocal coach and company member of PlayMakers Repertory Company.