On Sunday, hundreds of worshippers at Christ the King Lutheran Church in Cary put their faith into action by stocking the food pantry at Dorcas Ministries. 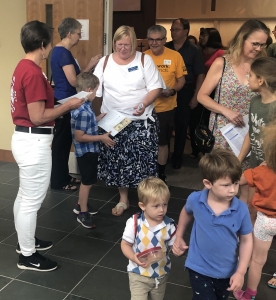 After church on Sunday, July 14, attendees were given $10 and a list of the most needed items at Dorcas Ministries.

The morning message on July 14 was based on the story of Jesus feeding the multitude with five loaves of bread and two fishes. Attendees were then encouraged to leave church early to buy groceries.

“For us, shopping for the hungry is actually an act of worship as much as praying in church is,” said Rev. Daniel Pugh, associate pastor.

After each of the church’s four Sunday morning services, worshippers were given $10 in seed money from the church, says Pugh, with the hope that families would add their own resources.

With shopping lists in hand, they descended on the Publix supermarket at Cary’s Millpond Village, and many spent much more than the $10 they were given. 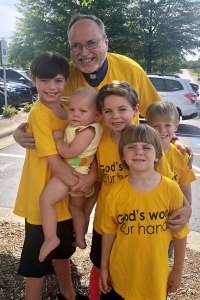 Rev. Dr. Wolfgang Herz-Lane, senior pastor at Christ the King, poses with a few participants in the church’s food drive.

In addition to buying shopping carts full of food and household supplies, churchgoers purchased $1,000 worth of Publix gift cards, which were also donated to Dorcas.

“The church did this for the first time last year, and it was such a success, they’ve now made it an annual event,” said Rose Cornelious, the development director for Dorcas Ministries.

She says area food pantries face higher demand in the summer, as families look for ways to feed children who depend on free school lunches.

Last year, Christ the King distributed about $1,600 in cash which translated into grocery purchases totaling an estimated $9,000.

Dorcas Ministries is a faith-based social service agency that serves some 25,000 individuals and families in Cary and Morrisville each year. 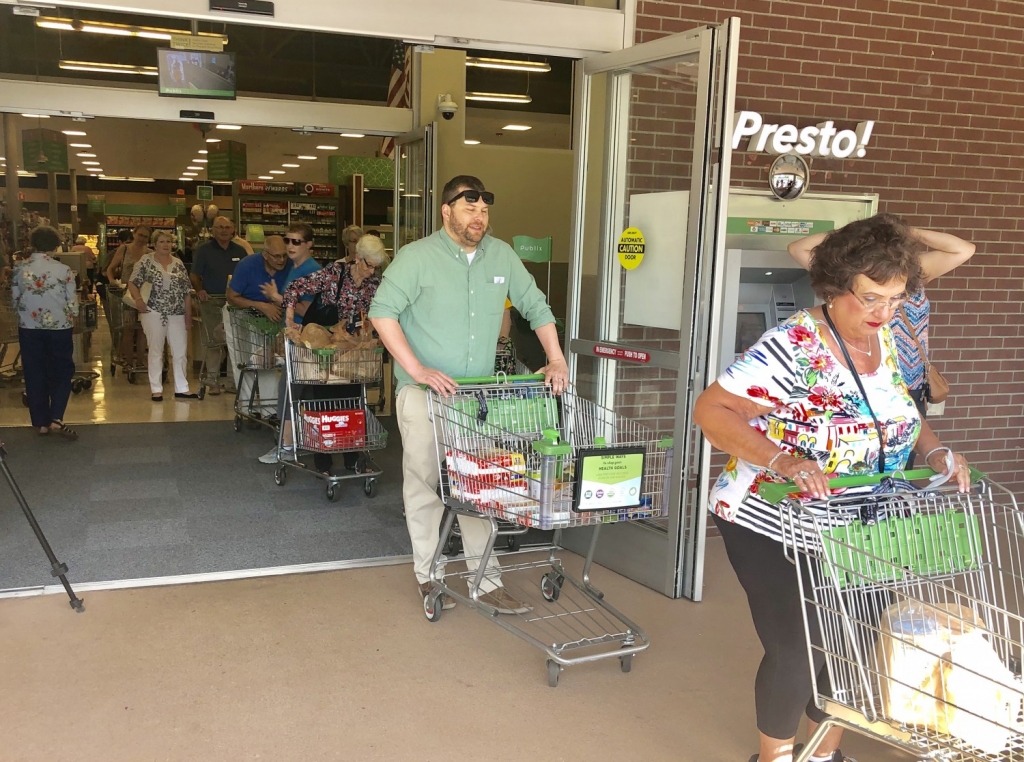 Shoppers from Christ the King Lutheran Church leave the Publix at Cary’s Millpond Village with donations for Dorcas Ministries.