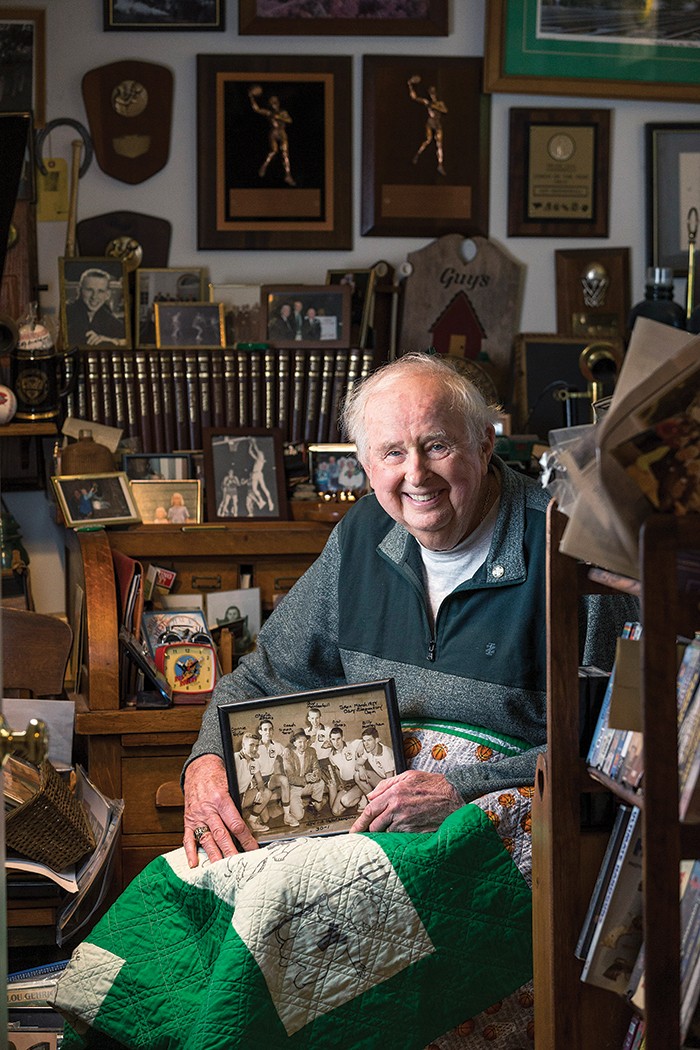 Guy Mendenhall cherishes his mementos of Cary High School, including a photo of the 1954 state championship basketball team and a commemorative quilt featuring Cary Imps embroidered in Kelly green.

U.S. Census Bureau records show that a fraction under 170,000 people call Cary home. But few have made the town such a rich part of their life’s story as 84-year-old Walter “Guy” Mendenhall Jr.

“I just have so many wonderful memories of this town,” said Mendenhall, who in 1942 moved with his parents and sister to an old farmhouse on 16 acres at the current edge of Cary, then a small farming town with a population of less than 1,500.

Guy and Esther Mendenhall, at their home in Cary

Over the years Mendenhall became a standout athlete and long-time athletics director at Cary High School, an active member with his wife, Esther, at Westwood Baptist Church, a vocal advocate for the town’s building of the Cary Senior Center, a consistent volunteer at local voting sites and a regular reader to children at Cary Elementary School. His love for and knowledge of Cary is so deep that when he taught driver’s education, students often got a guided tour of the town’s history as a bonus.

Because of Mendenhall’s dedication to his old high school and the preservation of its history, school administrators created the Walter “Guy” Mendenhall Spirit Award, presented to a student and faculty member who exemplify Mendenhall’s passion for and involvement in Cary High activities.

A wall in Mendenhall’s home is covered from floor to ceiling with countless plaques and certificates recognizing his years of charitable service. One award of particular significance came in 2018, when he received the 10th annual Town of Cary Hometown Spirit Award. The honor, according to the town, is given to a Cary citizen “who enhances the quality of life in Cary by preserving, promoting and carrying out positive and quantifiable traditional small-town community values and traits.”

“I was very thrilled that the committee thought enough of me to give me that particular honor, especially in the town I have grown up with,” Mendenhall said. 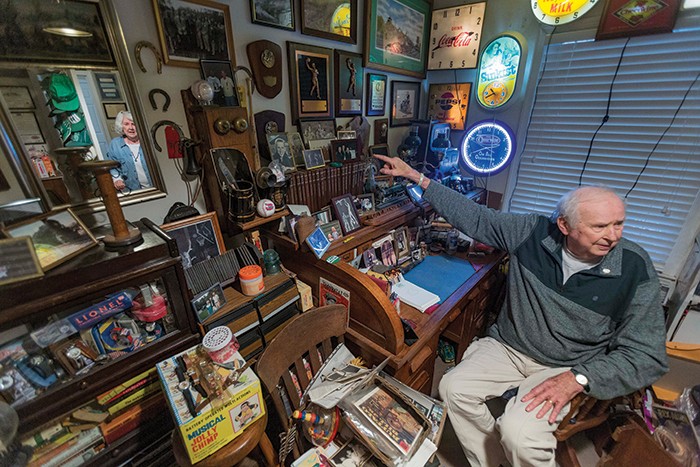 Guy Mendenhall is an avid collector, and his study reflects the variety of his interests. Clocks and watches share space with sports memorabilia, toys and family photos.

Some of Mendenhall’s town memories are of Fourth of July celebrations where a jukebox was placed in the middle of closed streets around Adam’s Drugstore (now Ashworth Drugs) and people dancing. Or of the town’s first indoor theater, The Cary, opening on Chatham Street and folks flocking to see the newest films. Such memories are why Mendenhall is pleased that Cary still refers to itself as a town, even though it is the state’s seventh-largest municipality.

“This has been a great place to grow up,” he said. “When we first moved here it was very quiet. On Friday nights when Cary High played football or basketball, the whole town came out to watch. People knew each other.”

Mendenhall’s story has a thread of “It’s a Wonderful Life” woven through it. Had he and his sister not convinced their parents to let them transfer from Broughton High to Cary High prior to his junior year, his life likely would not have unfurled as it has. Had he stayed at Broughton, Mendenhall would never have been impacted by Simon Terrell, Cary’s football, basketball and baseball coach. 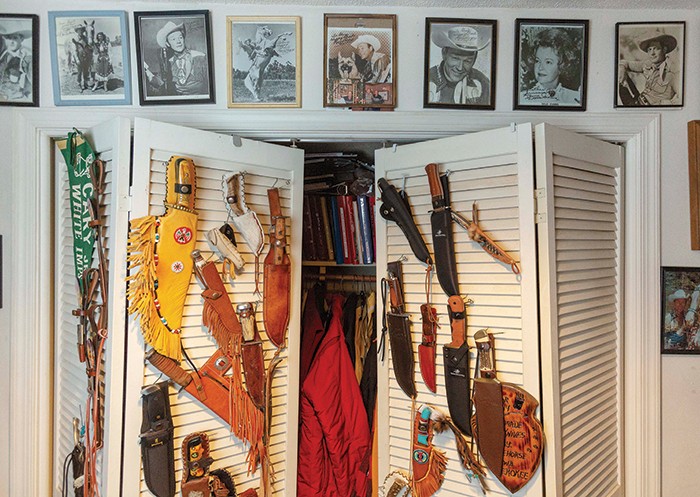 “Simon was like a second father to me right up until the day he died [in 2005],” Mendenhall said. “We won with him, but he built all of us players up in such a positive way.”

Terrell infused confidence and life lessons into the young, lanky 6-foot-4-inch Mendenhall, who emerged as a dominant presence at the center position for the White Imps, as they were known at the time. During Mendenhall’s two years, he helped Cary’s basketball team to a 55-2 overall record and the 1954 N.C. High School Athletic Association’s 1-A state title. The lone loss in that 30-1 championship season was to Broughton, a 3-A school at that time. 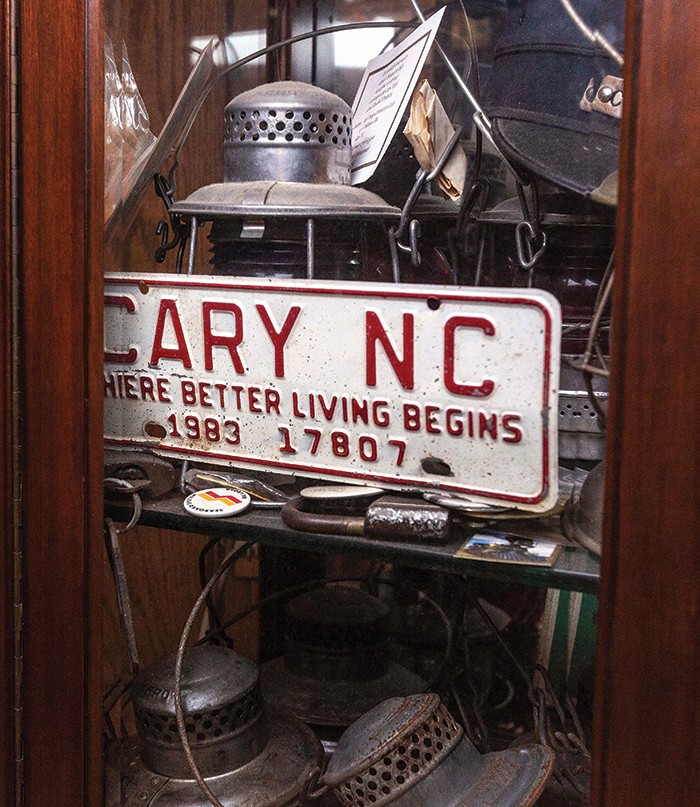 An old Cary license plate is propped on a lantern.

Afterward, both Mendenhall and best friend Charlie Adams, whose parents owned the town’s drugstore, were offered scholarships to play for legendary University of North Carolina basketball coach Frank McGuire. Mendenhall did not like the prospect of being a bench player for the Tar Heels, so he opted to attend East Carolina University. He was later joined there by Adams, who transferred from UNC.

Because of Terrell’s influence and a long love for athletics, Mendenhall majored in physical education and minored in history with the goal of becoming a high school teacher and coach. He started at Gaston High School in Roanoke Rapids, then moved to Clinton High in Clinton, N.C. Mendenhall and his wife returned to his family’s farm house in 1965, and for 12 years he taught history and coached basketball at Enloe High. In 1977, he returned to Cary High as its athletics director.

“They say you can’t come back home, but I did for the next 16 years,” said Mendenhall, who also taught social studies and physical education at Cary High. “I grew up here, I went to school and taught here; I live here. As someone once told me, I don’t bleed red, I bleed Kelly green [one of Cary High’s school colors]. But you’re involved with the students, and you just want to do whatever you can for the community.”

Suffice it to say, Mendenhall has done his share. 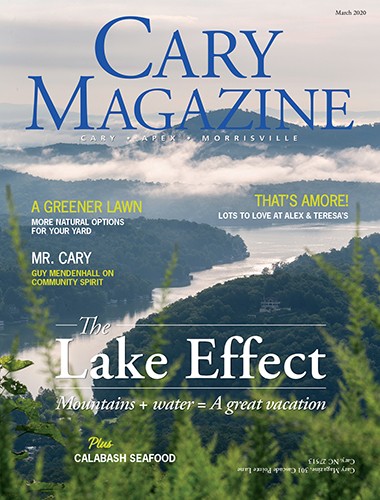