Grab your dancing shoes and get your toes tapping because N.C. Theatre’s production of “Kinky Boots” takes the stage this week in Raleigh.

The glitzy musical – at Raleigh Memorial Auditorium through Sunday, Feb. 16 – tells the story of factory worker Charlie Price and flamboyant entertainer Lola, who think they have nothing in common. Their eventual friendship is based more on their mutual desire to be true to themselves, rather than first impressions.

“On the outside it may seem like a show about drag queens and frothy, glittery fun – which it is about – but, also I think anyone who comes to see this show finds some person onstage that they can identify with,” said director and choreographer, Nathan Peck.

“Anyone and everyone who comes to the show can identify with one or more of the themes of the show.” 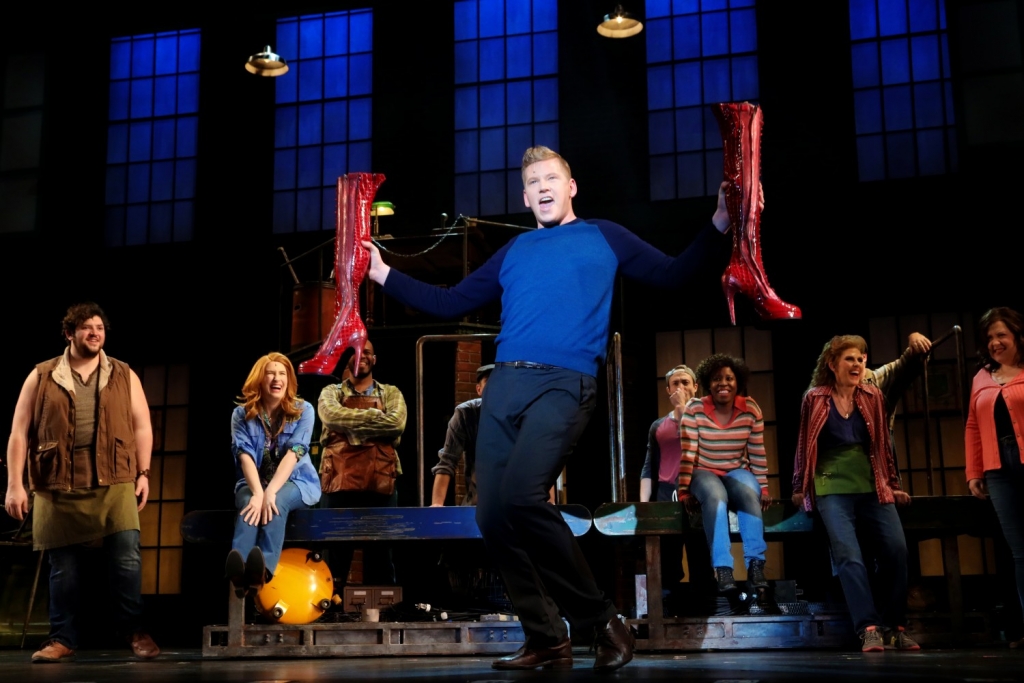 Charlie Price, played by actor Graham Scott Fleming, discovers the importance of being your true self.

Peck was a cast member and dance captain in the original production of “Kinky Boots” on Broadway. In 2019, he brought his talents around the country where he also directed and choreographed regional productions of the show.

“It’s wonderful to be that conduit for the material and that creative point of view and bring it to local audiences,” he said.

Over the past two weeks, the cast of 25 has learned their lines, including 16 of Cyndi Lauper’s iconic songs, and rehearsed numerous dance numbers.

“Their ability to learn the material in such a short amount of time is quite formidable,” Peck said.

His favorite parts of the show, which he has known and loved for eight years, are the ballads that express the themes of “Kinky Boots:” finding your passion, understanding our relationships with our parents, how to handle legacy while carving our own path, acceptance and being your true self.

Joseph Anthony Byrd, center, plays drag queen Lola, who teaches Charlie Price what it means to accept yourself for who you truly are — and to accept others.

In contrast to the full-cast production numbers, where the stage turns into a nightclub or runway, the ballads sung by Graham Scott Fleming as Charlie and Joseph Anthony Byrd as Lola tell much of the story. Fleming and Byrd belt it out in heart-wrenching numbers “The Soul of a Man” and “I’m Not My Father’s Son.”

Peck says he hopes the show will make a lasting impression on audiences.

For more information on the cast and to purchase tickets, visit https://nctheatre.com/shows/kinky-boots.