“It’s hard to put your biggest flaw out there and say, ‘Hey, everyone, this is my biggest flaw. Come judge me.’”

But that’s what Heather Shields did, and she couldn’t be happier.

Her husband, Nicholas LeBron, lost his job in 2009 shortly before they found out they were expecting their third child. “During my pregnancy my teeth began to unravel,” Shields said in her Cary Smile Makeover contest entry. “Fixing them is impossible, as we have no money left at the end of the month.”

She knew her teeth were holding her back from getting a job to support her family’s bottom line, but even discounted rates were more than she could afford because of the volume of work she needed. “I decided to send a letter to 10 dentists to see if there was anything they could do to help me out,” she said.

Fortunately, Dr. Allan Acton was one, and his staff at Cary Family Dental informed her that she had two days left to enter the Cary Smile Makeover contest. The thought of taking a photo showing off the very teeth she knew were leading others to judge her was frightening, but she knew if she wanted to win, she had to.

Her story and photo — the only one of four finalists to reveal her teeth — were featured on the Cary Smile Makeover site, and the votes started pouring in. Shields expected negative comments and pity, but what she got was love and support.

“I was so surprised at all the people who got behind me to vote,” she said. But they did more than that. Numerous Internet supporters rallied behind her to spread the word, and one woman even reposted her story and encouraged others to help out her “friend,” when the two had never met. “I don’t have MySpace and I was all over MySpace,” Shields recalled. “I don’t do Twitter, but there were all these people who tweeted me that I’d never met.”

Tens of thousands of votes later, Shields, Dr. Acton and dental assistant Taryn Dudley started work on her transformation. He performed a series of root canals and extractions to prepare her mouth, and after a total of five appointments she was fitted with a complex set of partial dentures to give her a smile she can confidently show the world.

“A lot of people think it’s just my confidence, but it’s not,” Shields said, noting that she has run into people who judge her as a person because of her smile. She remembers a parent-teacher conference where her son’s teacher unknowingly made a disgusted face after meeting her. “I don’t want to go sit down and talk about my kid’s work, but all you see is my teeth.”

Hoping to bring awareness to the reasons for bad teeth, Shields makes one point clear: “I didn’t have bad teeth from not going to the dentist. Before I was 18 I never had a cavity in my life.”

However, when she was younger she had a string of bad experiences with an unprofessional dentist that left her teeth in poor shape. Teeth broken by dental mishaps and fillings that immediately fell out zapped much of her budget for oral care. Later, her teeth degraded further in each of her three pregnancies.

“She got to a place that a lot of people get where it’s overwhelming to think of what has to be done,” Dr. Acton said, likening dental care to a house that needs repair. First it might only need cosmetic touches like a new coat of paint, but before long the very foundation is in jeopardy — exactly what happened to Shields. 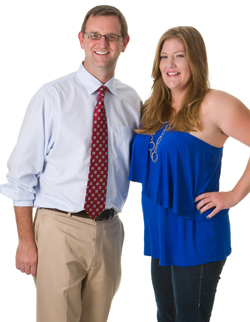 “Already when I talk to people they’re looking at me and not at my mouth,” Shields said. Debating between working or returning to college to finish her bachelor’s degree, Shields is leaning toward resuming classes in January to take the two courses she needs to complete her psychology degree at UNC-Chapel Hill.

But she doesn’t want to stop there. Shields now dreams of going to dental school herself, and plans to take three of the prerequisite courses while completing her undergraduate coursework. If her dental dreams come true, she hopes to help homeless children get the dental care they need, paying her positive experience forward to help people who can’t help themselves.

Shields also shared the elements of her past that motivate her to succeed. She dropped out of high school at 15. “I wasn’t going to have kids without an education,” she said, so when she had her first child she earned her GED. After attending real estate school and deciding that wasn’t her calling, she earned an associate degree with honors from Wake Technical Community College.

Now with dental school in mind, she vows to always remember the bumpy road that took her there. “I’ll put (my GED) right over my other degree if that happens. A reminder: You can make a mistake in your life and have it be OK.”