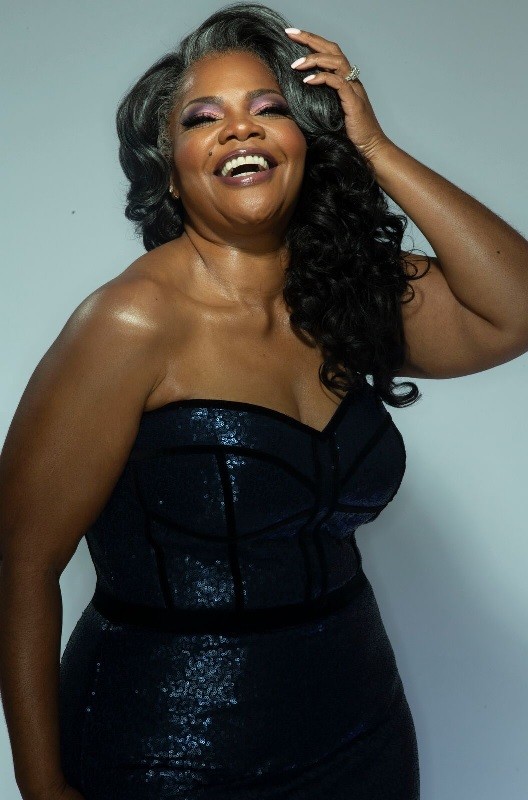 Mo’Nique Hicks is a multi-media powerhouse whose consistent, extensive body of work has captivated audiences in stand-up comedy, television, film and literature. Follow the career of Mo’Nique for her upcoming appearances.

The award-winning comedienne’s career began 20 years ago after her brother dared her to take the stage for the first time in their hometown of Baltimore. She received a standing ovation, which instilled the confidence that led to performances on Showtime at the Apollo, HBO’s Def Comedy Jam, Apollo Comedy Hour, HBO’s Snaps, BET‘s Comic View, The Montreal Comedy Festival and Uptown Comedy Club. In 1999, Mo’Nique’s career took a quantum leap once she landed the starring role as Nikki Parker on The Parkers, UPN’s hit television series about a single mom who attends college with her daughter. The celebrated family sitcom earned Mo’Nique several accolades, including four NAACP Image Awards for Outstanding Actress in a comedy series in 2001, 2002, 2004 and 2005. Mo’Nique was also the first female to host NBC’s nationally televised program, Showtime at the Apollo in 2002. She carried the legendary torch for three consecutive seasons. Other memorable television moments include appearances on Ugly Betty, The Game, Nip/Tuck, The View and the BET Awards.

Throughout her Hollywood success, Mo’Nique never strayed too far away from her comedic roots, which were born on the stage. One of her most notable performances to date is when she starred in the hit stand-up comedy film, The Queens of Comedy. The Queens of Comedy also toured the country, released an album of the same title, and went on to earn a GRAMMY nomination for Best Spoken Comedy Album.

In 2005, Mo’Nique’s F.A.T. Chance was created, produced and hosted by Mo’Nique as an original program for the Oxygen channel. Not only was the broadcast America’s first full-figured reality beauty pageant but it was also the highest-rated show in the history of the cable network. In 2006, the show earned a NAACP Image Award nomination for Outstanding Variety Special. The Fabulous and Thick competition continued for another two seasons with the third being entirely shot on location in Paris, France. Her relationship with Oxygen continued in 2006 when she hosted a documentary on female incarceration titled “Mo’Nique: Behind Bars,” at the Ohio Reformatory for Women in Marysville, Ohio. While there, she also taped her groundbreaking stand-up comedy special I Coulda Been Your Cellmate for Showtime television. This project was also released on DVD. Visit: https://twitter.com/moworldwide?lang=en