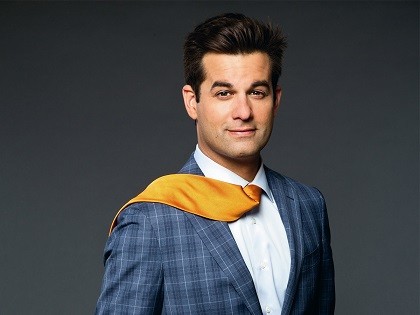 Michael is a Senior Correspondent on ‘The Daily Show with Trevor Noah’, for Comedy Central. He was previously the host and co-executive producer of ‘The Comment Section’ for the E! Network and is well known from his numerous late-night appearances on Conan, The Tonight Show, Seth Meyers, and @midnight; as well as from his 30-minute special Comedy Central Presents: Michael Kosta. Michael is also known for his work on Fox Sports 1’s flagship show ‘Crowd Goes Wild’ which he hosted alongside Regis Philbin. Prior to his career in television, Michael played tennis professionally and was at one time rated #864 in the world. Watch: https://www.youtube.com/watch?v=KXEmur2kD2o&feature=emb_logo. Visit: http://www.michaelkosta.com/