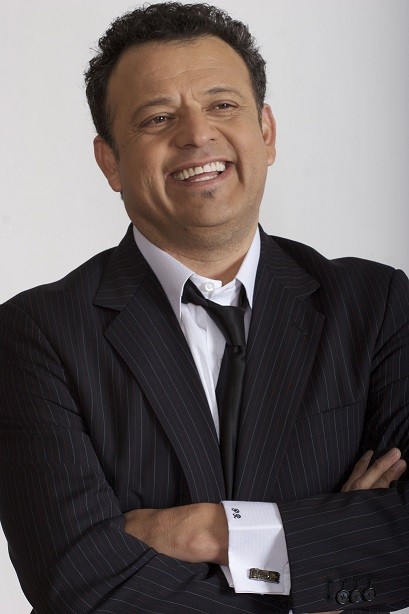 Longtime comedian Paul Rodriguez has been making audiences laugh all over the world (in Spanish and English) for nearly three decades with his unique brand of humor that is a perfect blend of his Latin heritage, the American dream and his undeniable universal appeal. As an actor and comedian, Paul Rodriguez’s multi-faceted career includes starring roles and featured appearances in over 45 films and countless television series and comedy specials.

Rodriguez’s film credits include Without Men with Eva Longoria and Christian Slater; Cats & Dogs: The Revenge of Kitty Galore; The Deported, I’m Not Like That No More with comedian Felipe Esparza (2010 “Last Comic Standing” winner), Disney’s blockbuster hit Beverly Hills Chihuahua, The World’s Fastest Indian, A Cinderella Story, How to Get the Man’s Foot Outta Your Ass, Ali, Tortilla Soup, Crocodile Dundee in LA, Rat Race, Bloodwork, Chasing Papi and D.C. Cab, among others.

The multifaceted entertainer recently wrote and performed his first-ever one-man show Just for the Record, which is now available on DVD. In this tell-all theatrical piece, Rodriguez takes audiences on a journey through his remarkable life, including his childhood in Mexico, to his family’s move to Compton, California (where he grew up), his illustrious career and the significant relationships and moments that helped shape his life along the way.

Among his many credits, Rodriguez has also made guest appearances on several late-night shows including “The Wanda Sykes Show,” “The Tonight Show with Jay Leno,” “Last Call with Carson Daly,” and “Politically Incorrect.” Additionally, he has guest starred in several television series including Extreme Makeover: Home Edition, Kathy Griffin: My Life on the D-List, Shaken Not Stirred, DIRECTV’s Supreme Court of Comedy, Showtime’s original series Resurrection Boulevard and American Family. He has also lent his voice to popular animated series including King of the Hill, Dora the Explorer and The Proud Family. Visit www.paulrodriguez.com Watch: https://www.youtube.com/watch?v=8fHZ2JFuLxw