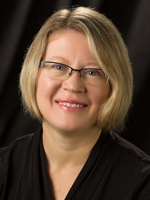 Amber Keister, Cary Magazine senior editor, leads a talented team to produce a magazine that has been recognized by the international Hermes Creative Awards for its writing, design and overall excellence. A native of St. Louis, Amber has a Bachelor of Journalism degree from the University of Missouri-Columbia School of Journalism. She moved to the Triangle in 2000 and has spent most of that time getting to know the people, places and happenings in Western Wake County. After more than a decade at The Cary News, in 2013 she began writing for Cary Magazine.

Her journalism career also includes stints at the (Raleigh) News & Observer, the Atlanta Journal-Constitution, and newspapers in Virginia, Texas and Missouri. She has won numerous honors from the North Carolina Press Association and the Virginia Press Association.

Jonathan Fredin was named chief photographer at S&A Cherokee in 2008, following an award-winning career as a newspaper reporter and photojournalist in Virginia and Florida and as a freelance photographer for The New York Times and The Associated Press.He earned a Bachelor of Science degree in print media from Florida Southern College in Lakeland, Fla.When not shooting for Cary Magazine and parent company S&A Cherokee, Jonathan enjoys photographing wildlife, reading fiction and riding bicycle long distance.

Kris Schultz, Cary Magazine publisher, joined S&A Cherokee in 2008 as a media sales manager for CM’s sister publication, Triangle East. Since then he has continued to build strong relationships in the Western Wake business community. He manages advertising for Cary Magazine and also handles sales for other regional publications such as Southern Living and Coastal Living. 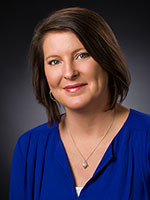 Lauren Earley joined S&A Cherokee in 2017 and brings more than 12 years of graphic design experience. She has worked for several newspapers, including six years with The News & Observer, and has won multiple NC Press Association awards. Born and raised in northeastern North Carolina, Lauren graduated from East Carolina University where she earned a Bachelor of Science degree in Communication, Media Studies. Lauren also holds a diploma in Advertising and Graphic Design.

Outside of designing the latest issue of Cary Magazine, Lauren enjoys hanging out with her two dogs, Bella and Hero. She lives in Knightdale. 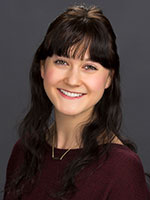 Alexandra Blazevich joined S&A Cherokee in 2017 as an intern and is now Cary Magazine staff writer. She also takes photos for the magazine that align with her articles. Alexandra graduated from UNC-Chapel Hill in May 2018 with a degree in reporting journalism, with which she hopes to continue her career in journalistic writing and photojournalism.

In her free time Alexandra enjoys traveling, working out, cooking and listening to music. 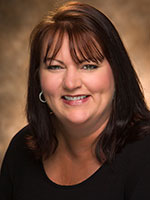 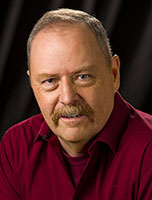 L.A. Jackson is regular contributor to Cary Magazine. He is also a regular garden columnist for the News & Observer and Carolina Country magazine, and the former editor of Carolina Gardener magazine.He lives in Apex.

David McCreary is a freelance food writer for Cary Magazine.When he’s not scouting out the next buzz-worthy local eatery, David enjoys golf, tennis and modern rock music.He especially loves spending quality time with his wife, Jenny, with whom he recently celebrated 25 years of marriage.

David and his wife have two children, Noah and Joy, and live in Fuquay-Varina.